To keep you updated with the latest news and reviews on gardening topics, the Gardeners' Circle WA Inc. offers a magazine, 4 times a year. This magazine is called 'Four Seasons' and is free to members (AU$3.00 to non-members). An edited transcript of speakers presentations, seasonal tips and 'Jobs to do' for each month, a general events diary and information on discounts to members can be found in the magazine.

This page features some articles from the Four Seasons, edited by Lorraine Douglas, with assistance from Jacques Maissin, Ellie Collins,  and Frances Docherty.

'Letters To the Editor' can be emailed to Lorraine Douglas (magazine editor) at lorraine.douglas@iinet.net.au 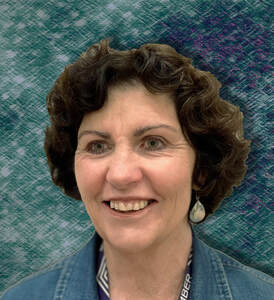 Hi everyone, I am writing this from Lightning Ridge in N.S.W, the home of the
black opal. Did you know that they don’t live underground like they do in
Coober Pedy as the underground soil attracts moisture and then mould grows!?

My Husband and I have been in the caravan since June 1st and yes, we haven’t killed one another yet so I say the trip has been a success so far. Both being originally from S.A., it’s been great catching up with family and friends.

This trip we stayed on Yorke Peninsula, a place I enjoy. The beautiful beaches,
the old mining cottages and of course the Cornish pasties. I discovered a new Cornish pastie called ‘The Proper Oggie’. It’s a vegetable pastie one end and apple the other. When it came out on your plate, you had sauce on one end and cream in another bowl. The miners used to come out of the mines with arsenic on their hands so they would pick the pastie up by the plaited bit and have main and dessert all in one
hand, they then threw the plaited bit away and went back to work.

We went to Melbourne to see our new granddaughter, son and daughter-in-law then we travelled around Victoria and New South Wales and it’s so cold. In Daylesford, I thought they would have to amputate my fingers and toes.

I will be back for our August meeting of the Gardeners’ Circle and thank you to Sheryl for doing a wonderful
job standing in for me. Don't forget the change of date for our October meeting to the 31st of October at the  South Perth Community Centre with the theme of ‘Wildlife in the Garden’, so get your thinking hats on and let your imagination take hold. Stay safe and healthy.